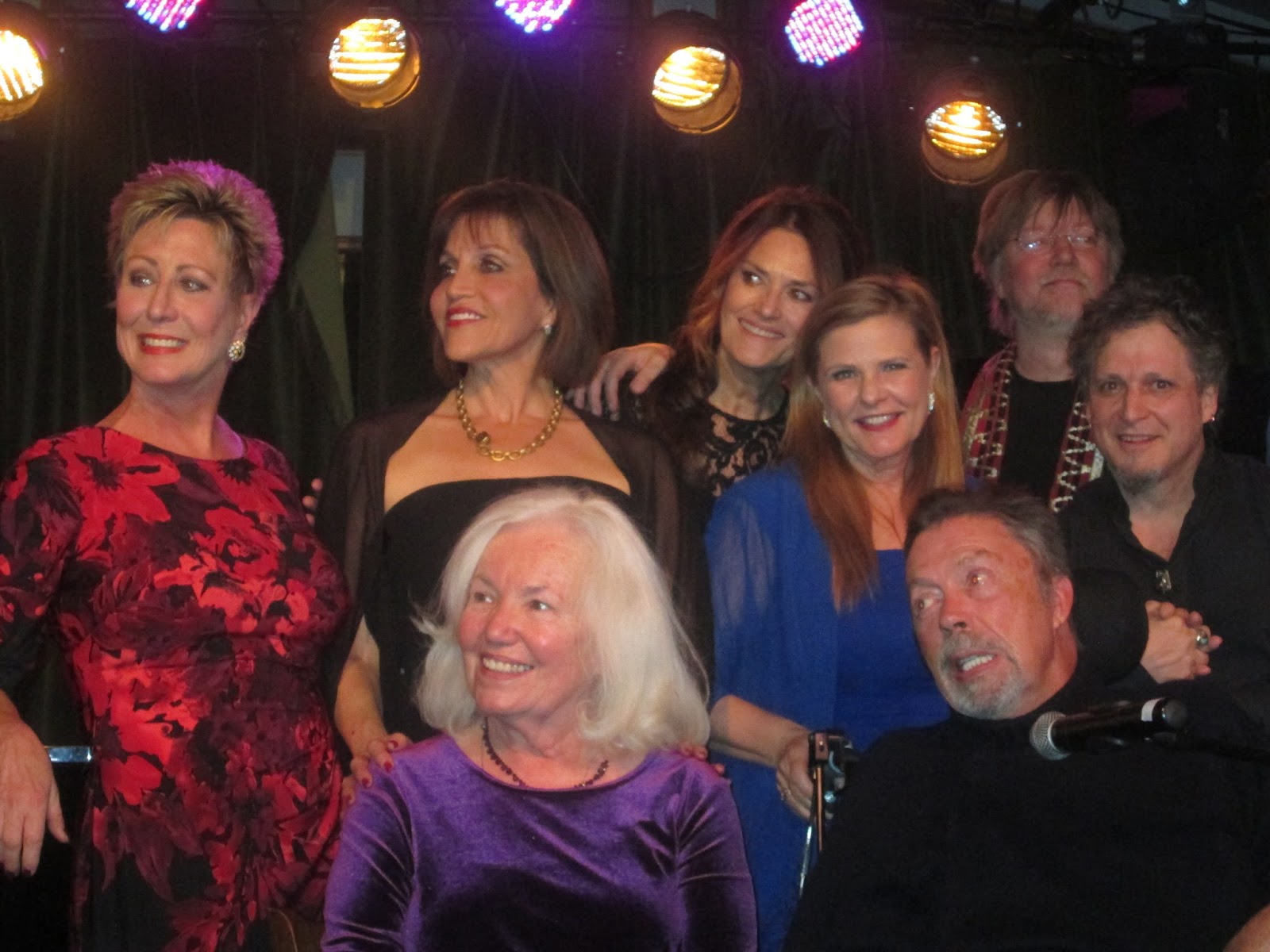 On Monday December 14 An Evening of Classic Broadway came once again to Rockwell Table and Stage in Hollywood with a divine program of entertainment. Among the stellar singers were Joan Ryan, Ruth Williamson, Sharon Catherine Brown, Scott Harlan, JeffreyChristopher Todd, Walter Winston ONeil, Chelsea Field and producer Dianne Fraser, and a very special treat Tim Curry and one of his original song partners from the days of Rocky Horroronstage Jamie Donnelly, all under the baton of musical director, the one and only Brad Ellis.

This was not a Christmas program as such, but Broadway fare sprinkled with a couple of holiday tunes. Ellis, as always, with his inimitable style – he looks and comes off totally dry and unrehearsed – was sheer delight as he opened the show with “You’re Here”, a delicious original composition.

Pros like Scott Harlan who sang “Bill” and played his arrangement at the piano of “Shall We Dance?” for Joan Ryan, and then Ruth Williamson, who essayed “Little Girls” from Annietake the stage, put everything they’ve got into their numbers and blow us away with their talent. Williamson came back to deliver the plaintive “I Don’t Want to Know” from Dear World and Ryan, a terrific combo of Sondheim’s “Moving On” with Schwartz’s lilting “Meadowlark”. Both knocked their songs out of the park. Another belter is newcomer Sharon Catherine Brown, best known for A Night with Janis Joplan at the Pasadena Playhouse, who performed a powerful “Being Alive”. Chelsea Field had a nice time with Tom Kitt‘s “You Learn to Live Without” and Ellis couldn’t resist “It’s from If/Then, which is running down the street at the Pantages, so you have to catch it!” It’s this kind of humor that makes him so special and gives the evening that added kick. Dianne Fraser was outstanding with “He Vas My Boyfriend” from Young Frankenstein and in her sweet duet with another big talent Walter Winston ONeil on “Baby It’s Cold Outside”. Young Jeffrey Christopher Todd had such fun with “Try Me” from She Loves Me.

The piece de resistance of the evening came with the appearance of special guest stars Tim Curry and his friend Jamie Donnelly. Curry suffered a stroke in 2012, is in a wheelchair, but has not lost an ounce of that great indomitable spirit that has always made him a sparkling stage talent since The Rocky Horror Picture Show. They dueted excellently on “I Remember It Well” from Gigi. Donnelly then performed a lovely solo, followed by a short, sweet and witty original composition “The Scene of the Crime” by Curry. He performed it with the same wit that has endeared him to us. Great to see him onstage again! Bravo!

This December rendition of An Evening of Classic Broadway closed with everyone joyously singing “Have Yourself a Merry Little Christmas”. A new show will return to Rockwell February 23, 2016 incorporating Broadway standards, young and old, that we love to hear. Brava to Dianne Fraser and to the stellar cast for a wonderful show!