I never feel let down when I attend An Evening of Classic Broadway at Rockwell Table and Stage. The singers are incredibly talented, led by lovely producer Dianne Fraser and delightful musical director Brad Ellis. Ellis narrates, introduces many of the guests and inserts delicious anecdotes about the performers and the music being played. This show on Tuesday November 28 was no exception. With Christmas only a few weeks away, Christmas music was expected. However, many were just as happy as the radio is inundated with holiday music. This is Broadway and what we got were some fabulous songs from shows both present and past. 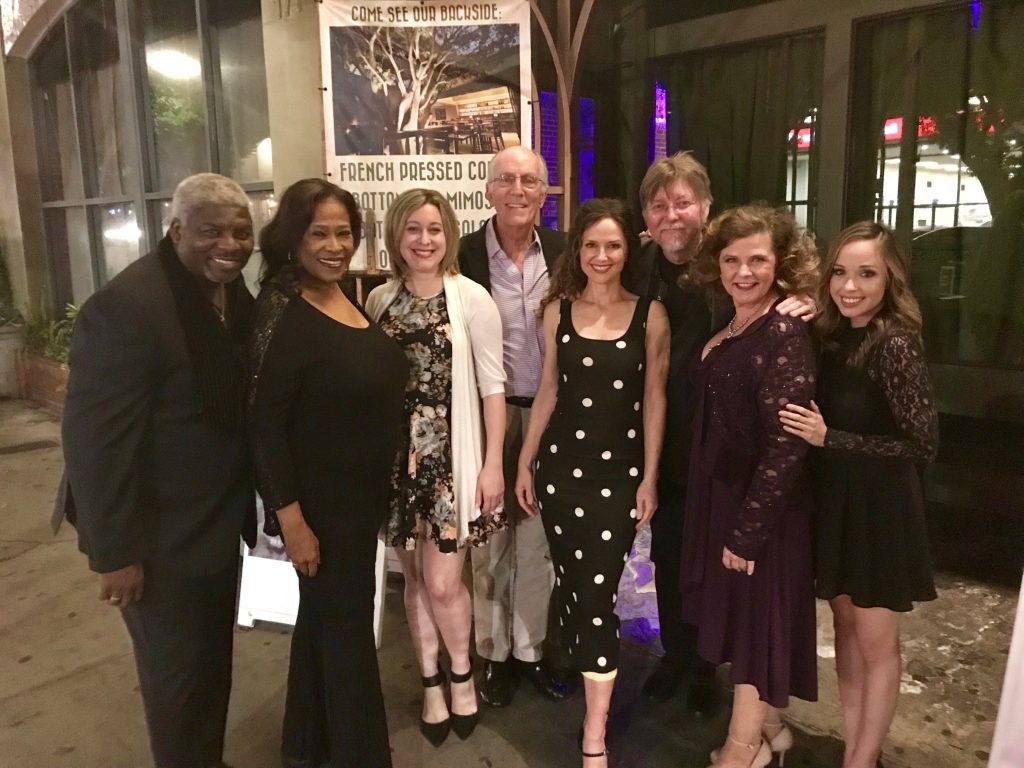 The evening started off in a totally light vein with Fraser and Ellis essaying Cole Porter‘s “Friendship” from Anything Goes. Both performers love to camp it up and they had such great fun with these wonderful lyrics. You can’t beat Cole Porter‘s amazing style!

In her first number Dana Shaw with a powerhouse delivery gave us the second fiddle girl with C. Coleman‘s “You Can Always Count On Me” from City of Angels; her second “You Don’t Know This Man” from Jason Robert Brown‘s Parade was a 360 degree turn in dynamics and emotion. Natalie Lander presented “My New Philosophy” from You’re a Good Man, Charlie Brown and later “They Just Keep Moving the Line” from TV’s Smashthat is about to become a Broadway show. Lander is adorable and bubbly and you just feel like singing right along with her. Beautiful Jean Louisa Kelly did a stellar job with “Adelaide’s Lament” from Frank Loesser‘s Guys and Dolls and later returned with the infectious “Never Never Land” from Peter Pan. Charlo Crossley brought the house down with her rendition of “I Know Where I’ve Been” from Hairspray. This lady has a big, booming voice and she really gets into the lyrics, the soul of the piece. Fraser not only produces the show but somehow manages to get in and perform as well. As well as “Friendship” she essayed the subtly hilarious “You Must Meet My Wife” from A Little Night Music in duet with Doug Carfrae. Fraser does really, really well with comedic songs. She’s quite the likeable character actress!

The entire company closed the show with the rousing and thoroughly enjoyable “It’s Not Where You Start” from C. Coleman‘s Seesaw.On the male side of the fence, Carfrae did a bangup job with “Just One of Those Things” from Cole Porter‘s Jubilee. Harrison White did his best singing with “When I Find My Baby” from Sister Act. This song is downright mean to women, but White managed to pull all the dark humor from it with tongue.in.cheek panache. Adam Hunter.has a sterling baritone and did great, great work with both Sondheim’s “Take Me to the World” from Evening Primrose and “Bring Him Home” from Les Mis. A very funny story came before the latter as Hunter did the show on Broadway years ago and related how performers like himself were supposed to feign sleep as Jean Val Jean sang the tune. He accidentally left his microphone on and some audience referred to him thereafter as the infamous snorer. Ellis did a memorable solo “A Secretary Is Not a Toy” from Loesser’s How to Succed in Business Without Really Trying. This man is a hoot, adding back Loesser’s more biting lyrics to the number.

I had a terrific time. The 90-minute show could have gone on another hour. Don’t miss the next Evening of Classic Broadway at Rockwell on Monday, February 12, 2018!