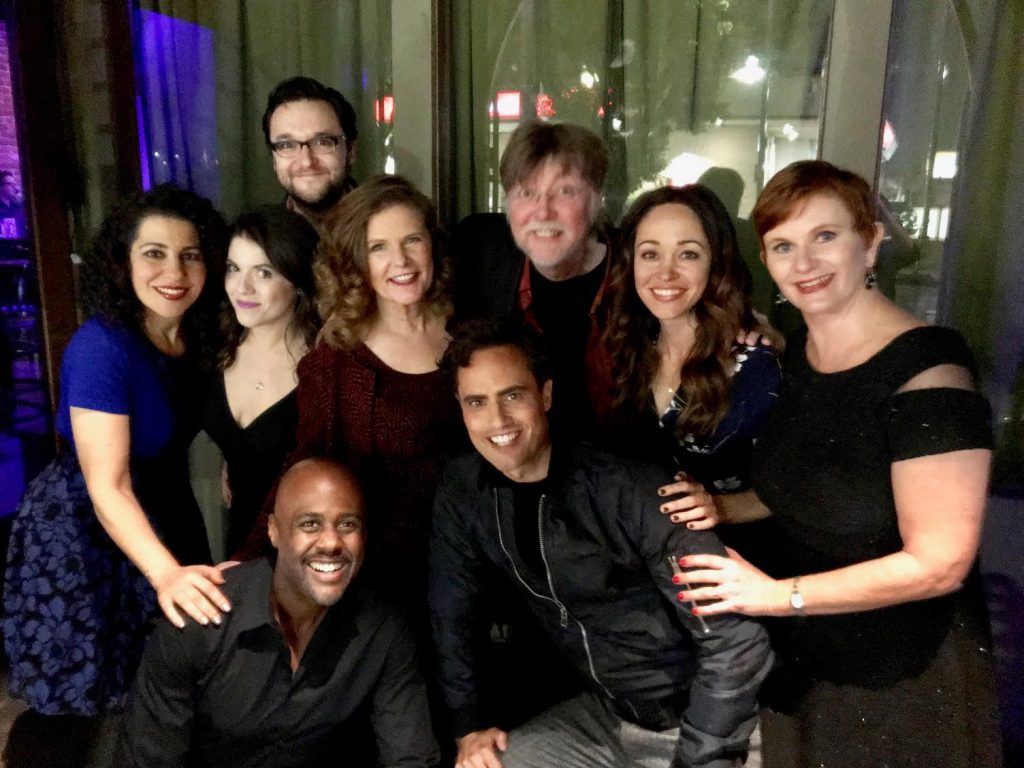 Classic Broadway is divided into vintage music by Cole Porter, the Gershwins, Irving Berlin, Kander and Ebb, Rodgers and Hart, Rodgers and Hammerstein, Frank Loesser, Lerner and Lowe et al and more recent show tunes that because of their popularity have become unforgettable. In An Evening of Classic Broadway, there is such diversity in the selection of songs that I am going to spend this entire review talking about the tunes, and of course, the performers who made them soar.

Ellis, as master of ceremonies, always opens with a humorous number with lots of political patter. This program’s choice was “Russian Backdoor Overture” which included Cole Porter‘s “Siberia” from Silk Stockings. Ellis mentioned Jared Kushner‘s reference to the overture, and complained about researching it and not being able to find it. He added his very own biting lyrics to the vintage “Siberia”. Next up came Broadway star David Burnham who treated us to a medley of showstoppers like “Wilkommen” from Cabaret, “Luck Be a Lady” from Guys and Dolls“, “Razzle Dazzle” from Chicago and last but not least “What Kind of Fool Am I?” from Stop the World. Within this medley Burnham, whose sterling voice is a gift of love to any stage, gave us the unique sounds of Kander and Ebb, Frank Loesser and Anthony Newley, all treasures and mainstays on any Broadway list.

Other vintage Broadway highlights included: a lovely rendition by Terron Brooks of “Summertime” from Porgy and Bess, Dianne Fraser‘s lilting “My Funny Valentine” from Rodgers’ and Hart’s Babes in Arms, “Someone to Watch Over Me”, from the Gershwins’ Oh Kay!, sung beautifully by Autumn Reeser, a gorgeous “Wish You Were Here” from Harold Rome‘s show with the same name by Diane Vincent, David Burnham‘s “Some Enchanted Evening” from South Pacific, sung literally with enchantment, and Julie Garnye’s belting “Don’t Rain on My Parade” from Jule Styne‘s and Bob Merrill‘s Funny Girl.

Diane Vincent is known for her fantastic show honoring Betty Hutton called Nuttin’ But Hutton. She treated us to “Murder, He Says” by Frank Loesser and Jimmy McHugh … one of Hutton’s – and Vincent’s – great comedic moments. Julie Garnye’s rendition of “My Own Space”, a lesser known Kander and Ebb tune from The Act, originally written for Liza Minnelli, brought tears to my eyes. Another wonderful moment of vintage music was Ellis’s piano rendition of Rodgers’ and Hart’s “My Romance”, perfect for Valentine’s Day.

Most of us in the audience are at an age to appreciate every one of these great songs. There are, however, some truly beautiful tunes that have come out of recent shows. For example, no one can dispute the fantastic score for The Bridges of Madison County by Jason Robet Brown. For those less familiar with it, Caitlin Gallogly and Stanton Kane Morales in their exquisite duet of “Falling Into You” made everyone prick up their ears and give a stunning round of applause. Also of this calibre are “For Forever” from Dear Evan Hansen sung to perfection by Caitlin Gallogly, who told us jokingly that she has had a lot of experience singing boy roles. Dianne Fraser and Autumn Reeser had some deliciously poignant moments with “Some Things Are Meant To Be” from Little Women.Even if audience have not seen the musical show they are familiar with Louisa May Alcott‘s story, and the movie and can relate to the deep love of Jo for her dying sister Beth.

Audiences love Classic Broadway shows that make us savor tunes from past and present day Broadway. Bravo to Fraser, Ellis and their superb ensemble of songsters! The next show will be a special Mother’s Day Broadway Concert Sunday May 13 at 6 pm. Be sure to make early reservations, as these shows sell out fast.