Proving once and for all that concerts need not be serious or dull, Fraser Entertainment Group’s 9th installment of A Classic Evening of Broadway bowed at Rockwell Table and Stage on Monday, August 10 to a packed audience of enthusiastic show tune fans. And it was an uber delightful show! Musical director Brad Ellis, best known for TV’s Glee and Broadway’s Forbidden Broadway, is outrageous fun and his witty repartee at the piano serving as introduction to each of the guest singers was a big plus to the evening’s seemingly spontaneous entertainment. Yes, indeed, the ambiance was so casual in the 90-minute set that it was as if we were all sitting on Ellis’s private patio sipping drinks and listening to this musical genius create something fresh, for the very first time. He took lots of risks as in his exuberant opener, Peter Allen‘s “Everything Old Is New Again”…and motivated each and every singer to join right in and follow his lead. And what a bevy of super-talented performers were on hand, including Valerie Perri, Barbara Minkus, Kevin Odekirk, Damon Kirsche, Jahmaul Bakare, Elizabeth Hayden and even producer Dianne Fraser, whom Ellis referred to as the series’ empresario. 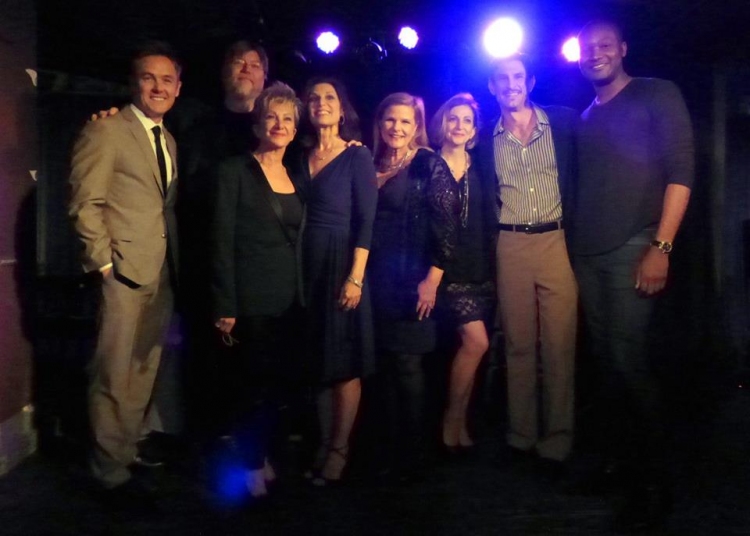 Many actors/singers love to tell stories to accompany their tunes, which not only adds color and atmosphere, but lots of spicy humor. Barbara Minkus is no exception. This very funny lady essayed a big, brassy”If My Friends Could See Me Now” from Sweet Charity and beforehand recreated the scenario when she first did it on The Jerry Lewis Telethon in Vegas many years ago. Here’s how it went. She was seated in the audience wearing a black trench coat and when it was announced that Liza Minnelli was not able to perform, her character – a fairly unknown singer – rushed onto the stage in a flourish only to be stopped by Lewis who bolted onstage from his dressing room with “What the hell is going on?” It was of course a setup, but Minkus made the anecdote spontaneous and enjoyable to listen to. She also returned later with a sweet, lovely rendition of “Once Upon a Time” by Lee Adams and Charles Strouse. She deservedly brought the audience first to tears and then to a rollicking ovation. 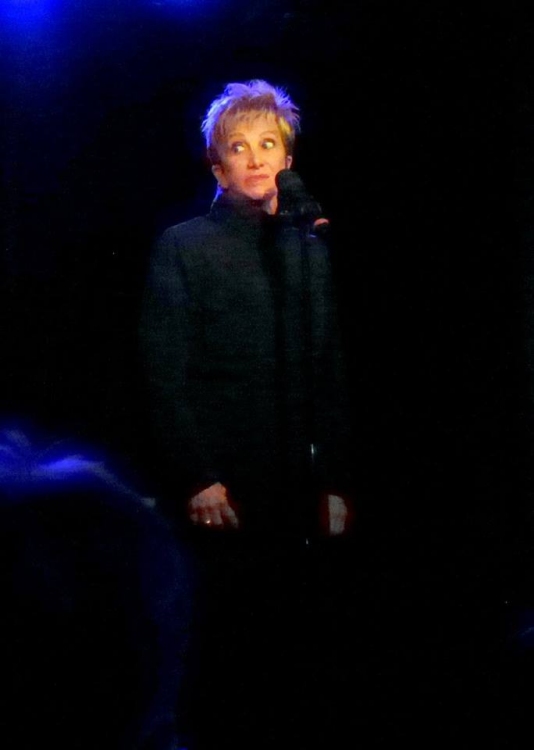 Equally dynamic is Valerie Perri who delivered the rousing “Aldonza” from Man of La Mancha after relating that she and Ellis had done it together for Reprise! a while ago. She later returned with a jubilant “Before the Parade Passes By” from Hello Dolly. Elizabeth Hayden performed a sultry rendition of “A Lot of Livin’ To Do” from Bye Bye Birdie and later came back to essay two songs from Kander & Ebb’s Chicago in duet with Dianne Fraser: “My Own Best Friend” and “Nowadays”, which became another strong, unforgettable highlight of the evening. In her early number, Fraser told a fun story about her love of Stephen Schwartz – she called him a wizard of music – and incorporated it smoothly as a tribute to him in “The Wizard and I” fromWicked. 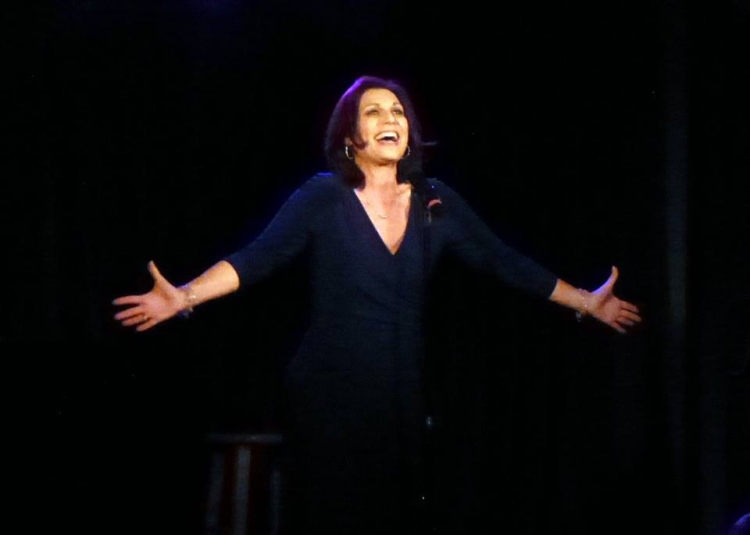 As for the male guests Kevin Odekirk engaged the crowd with a dramatic “She Cries” fromJason Robert Brown‘s Songs for a New World and brought the house down with “If I loved You” from Carousel. Odekirk really infuses his magnificent vocal power with some solid acting and creates something special every time he sings. Another great tenor/baritone voice, that of Damon Kirsche, was utilized in a much more comic vein here with Cole Porter‘s eclectically amusing “The Tale of the Oyster” from Fifty Million Frenchmen. He later delivered a deliciously irreverent Porter tune in duet with Ellis, the rarely heard “Well, Did You Evah?” (“What a Swell Party This Is”) from Dubarry Was a Lady. I haven’t heard this song in years, and with all the embedded alliterations, it may be a little too difficult for many actors/singers to carry off. Not so for these swells Ellis and Kirsche! Bravo! Last but hardly least Jahmaul Bakare raised the roof off Rockwell with his renditions of “Let It Sing” from Violet and the glorious “Make Them Hear You” from Ragtime. 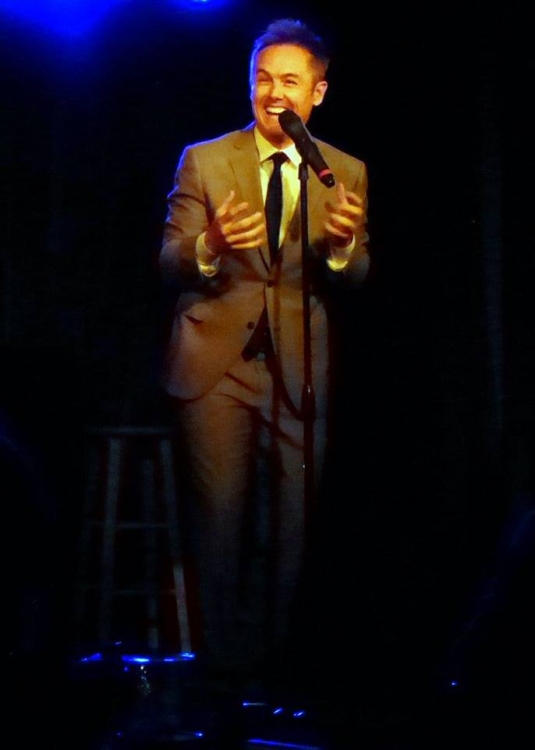 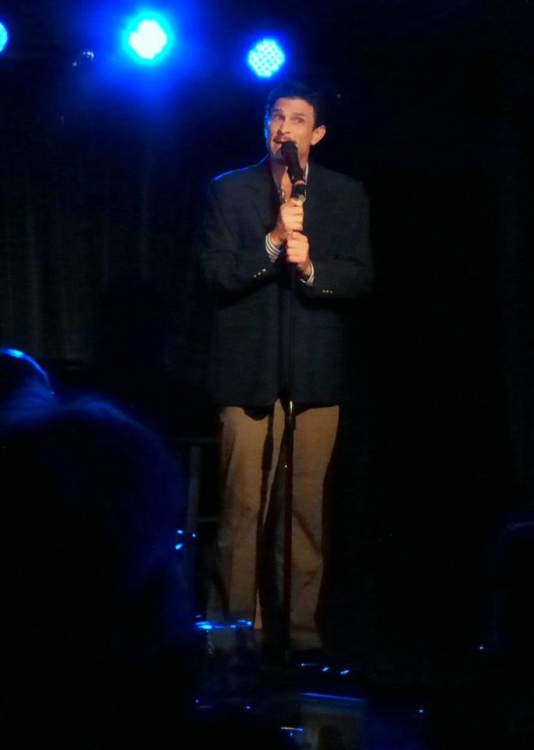 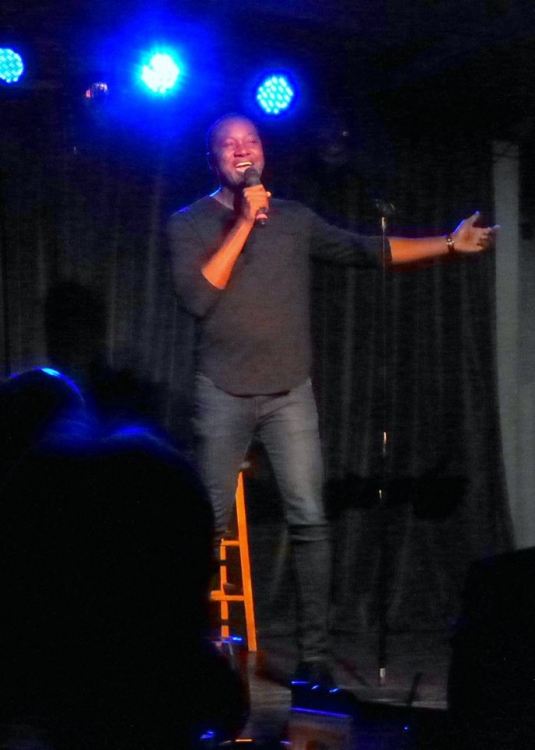 What a sensational evening of Broadway standards sung by a cast of seasoned pros! Don’t miss A Classic Evening of Broadway next up on Monday September 28 at Rockwell Table and Stage! It has a unique casual style of fun mixed with stellar dynamics that you do not get to see that often on the cabaret scene, at least in Hollywood. I’ll be back with gusto!