On Monday evening August 22 An Evening of Classic Broadway returned to Rockwell Table and Stage for another resoundingly superb and downright mirthful show. Headed by Brad Ellis and DiAnne Fraser, this show really grows on you. I love talent, and you can definitely find it here in abundance. On the bill this time around were of course ringmaster Ellis, ingenious as always with his delicious banter at the piano, and Fraser, who manages to do it all, even adjusting microphones and assisting with the props. She’s amazing! Guest singers included Joshua Finkel, Zachary Ford, Susan Edwards Martin, Barrett Foa, Christina Saffran and daughter Emma Ashford and last but never least the inimitable Julie Garnye. 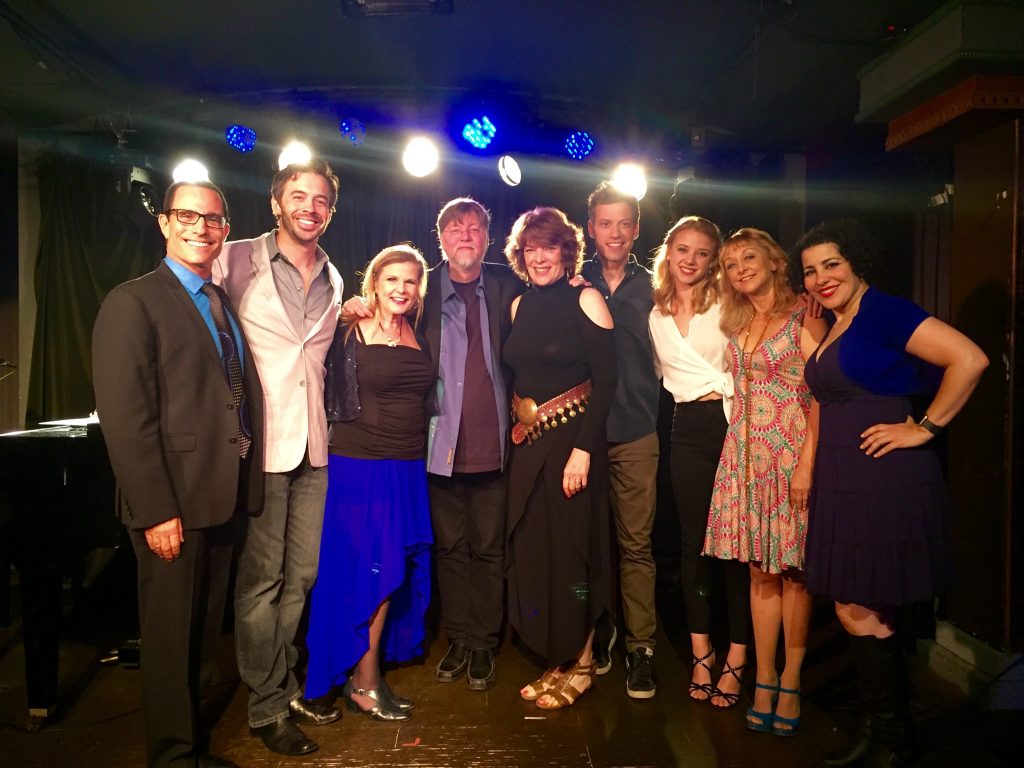 The cool thing about Classic Broadway is that it does have structure and organization… but thankfully not too much. There’s always room for the performers to cut up and have fun. Brad Ellis saw to that, particularly with his opening mash up of “Broadway” from Gypsy and “On Broadway”, which ended up in Smokey Joe’s Cafe. The tunes were combined with surprisingly amusing results.

Other highlights of the 90-minute set included: Zach Ford‘s big and bold “Something’s Coming” from West Side Story; “Every Time” from Best Foot Forward performed by the delightful Susan Edwards Martin – and her return later with violin solo on “The Gypsy in My Soul” was creme de la creme hilarious; “Statues and Stories” from The Light in the Piazza sung by dynamic mother/daughter team Christina Saffran and Emma Ashford; Julie Garnye’s riveting “Gimme Gimme” from Thoroughly Modern Millie – she blew the roof off the joint, literally; DiAnne Fraser‘s versatile swing from “Unusual Way” in Nine to the comical “Ambition” from Do Re Midueting with Josh Finkel; Finkel’s reflectively resounding rendition of “How Can I Call This Home?” from Parade; Saffran’s brilliant medley from Chicago that included “Roxie”, “All That Jazz” and “When You’re Good to Mama”; and then there was…Barrett Foa…

This young man merits a whole paragraph all to himself. If turning Clara’s song from The Light in the Piazza “The Beauty Is” into a James Taylorish arrangement for himself didn’t bowl you over then his second song “One More Day” from Les Mis certainly did, taking everyone’s breath away. This was not your typical anthem style delivery of the tune, but Foa incorporated seven different eclectic characters singing it. The set-up was a community theatre performance of Les Mis and all of the actors were miscast…and awful, including a Jean Val Jean that was more like a Jewish Tevye from Fiddler. Foa blurted out screamingly funny impressions of all of these idiosyncratic people in rapid fire making this version of “One More Day” unlike any you have ever heard. Perhaps essaying all the characters in Buyer & Cellar, in which he replaced Michael Urie in New York a couple of years ago, was his perfect training ground …whatever… he was sensational.

And you wonder why I keep coming back to An Evening of Classic Broadway? It’s one of the very few shows where you can enjoy Broadway standards from old to new, such as West Side Story to Waitress, sung and performed by a bevy of talented, risk-tasking performers. By the way, the entire cast closed the show with “Sunday” from Sondheim’s Sunday in the Park with George, never an easy song to pull off with its typical Sondheim peculiarities in notes and chords, but the cast were gloriously up to it!

Can’t wait for the next show, scheduled for November 15! Mark your calendars and make early reservations, as these shows sell out fast. Also a word or two about the food and service staff at Rockwell. It’s fantastic! The food does not disappoint – try their sliders with caramelized onions! – and the waiters are handsome to look at, and very, very friendly and efficient. I’ll be back!!! 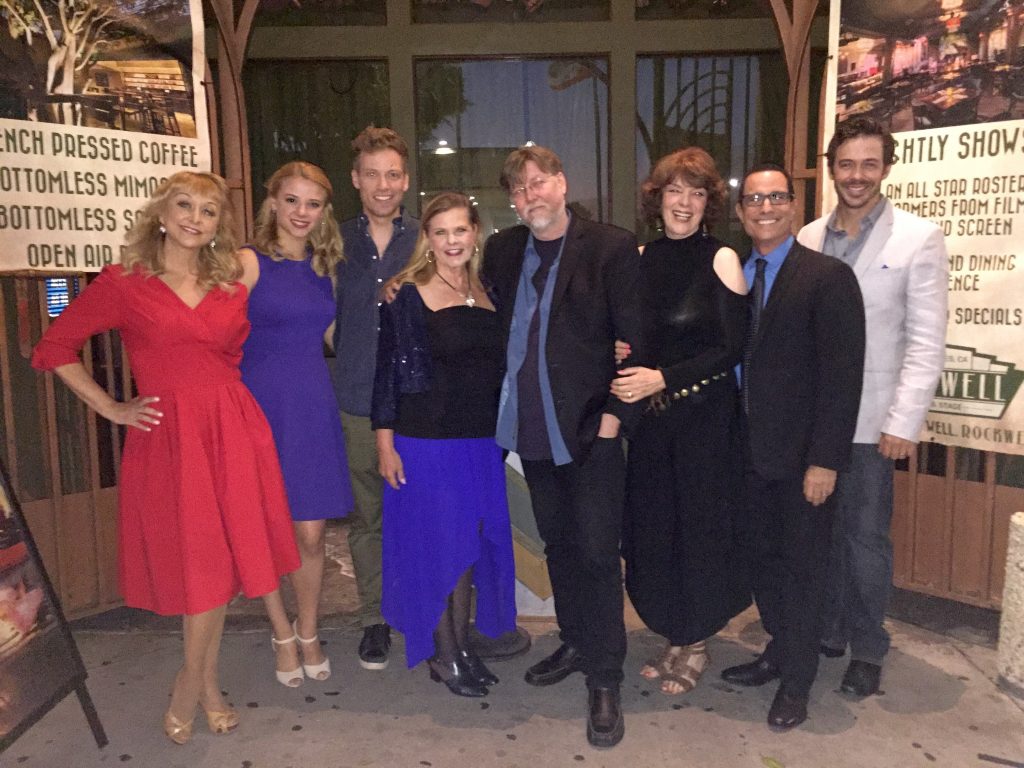